Coordination is the ability to repeatedly execute a sequence of movements smoothly and accurately. This may involve the senses, muscular contractions and joint movements.

Everything that we participate in requires the ability to coordinate our limbs to achieve a successful outcome – from walking to the more complex movements of athletic events like the pole vault. 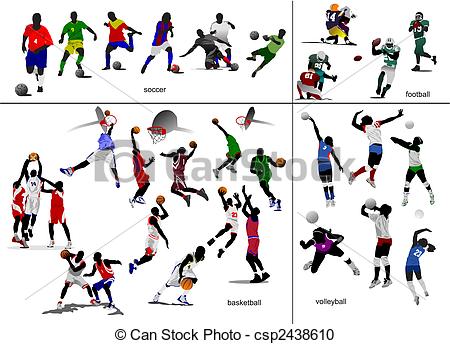 The key ingredient to working with pre-adolescent and early adolescent athletes is providing global stimulation from a movement perspective. Younger athletes must experience and eventually perfect a variety of motor skills in order to ensure both future athletic success and injury prevention. Developing basic coordination through movement stimulus is a must, with the eventual goal of developing sport-specific coordination in the teenage years. Coordination itself, however, is a global system made up of several synergistic elements and not necessarily a singularly defined ability.

Balance, rhythm, spatial orientation and the ability to react to both auditory and visual stimulus have all been identified as elements of coordination. In fact, the development of good coordination is a multi-tiered sequence that progresses from skills performed with good spatial awareness but without speed to skills performed at increased speeds and in a constantly changing environment. As Joseph Drabik points out, coordination is best developed between the ages of 7 – 14, with the most crucial period being between 10 – 13 years of age.

As with anything else, an important issue with respect to coordination development is to provide stimulus that is specific (and therefore appropriate) for the individual. Prescribing drills that are either too easy or too difficult for the young athlete will have a less than optimal result.

An interesting note, as I have suggested in past articles, is that there appears to be a cap with respect to coordination development and ability. Younger athletes who learn to master the elements associated with good coordination (balance, rhythm, spatial awareness, reaction etc.), are far better off then athletes who are not exposed to this kind of exercise stimulation until advanced ages. The ability to optimally develop coordination ends at around the age of 16. This validates the claim that global, early exposure is the key from an athletic development standpoint. Again, global coordination will serve as the basis to develop specific coordination in the teenage years.

Once again, it is important to mention that coordination development is a process that encompasses years of exposure and is based on DIVERSITY and VERSATILITY. Young athletes cannot be pigeonholed into sport specific stimulus at a young age and expected to vault into the ranks of elite athletics. As the motto of my company says, ‘You Can’t Become a Champion Until You Become An Athlete’.

Furthermore, it is important to understand that coordination-based exercises must be introduced during the preadolescent ages. Adolescence is not an appropriate time during which to begin elements of coordination training. As strength, speed, height and body mass change significantly during these years, it is much more prudent to reinforce already known movements rather than teach new ones. Herein lies the art and understanding of developing a young athlete. Coaches, trainers and parents must accept the fact that developing a healthy and successful athlete is a journey or process that encompasses several varying degrees of stimulus, all of which build on top of the other.

One point to consider about coordination is that genetic pre-disposition plays a significant role. Less coordinated children will likely never exhibit the tendencies of naturally coordinated children regardless of training. That is not to say that improvements cannot be made, however – quite the opposite.

2. Challenge young athletes on an individual and appropriate level – Some youngsters have good balance while others display good rhythm. The key to successful coaching is to undercover what elements of coordination each athlete requires and develop drills/exercises that most suitably target the weaknesses.

3. Change exercises frequently – young athletes learn quickly in most cases. Be sure to challenge them physically and intellectually with new exercises often.

Remember, coordination includes elements of balance, spatial orientation, rhythm and various other traits. This list reflects exercises to improve several of those elements.